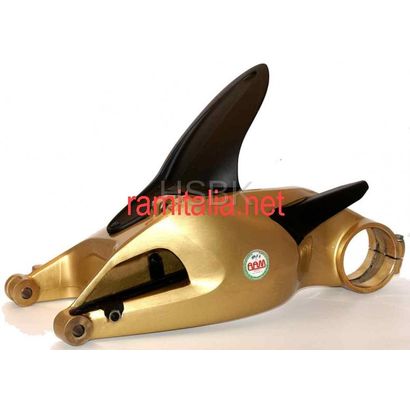 Scope of the project was making a drop fit magnesium suspension to be:

1. Identical to the aluminum stock suspension in terms of strength but

2. Longer by 12 mm. for improving road traction and stability and

3. Lighter then stock by 30% in terms of unsprung weight.

"FEW WORDS ABOUT THE INFLUENCE OF UNSPRUNG WEIGHT OVER BIKE PERFORMANCE"

HSBK Racing was founded in 2005. Known for providing enthusiast with a diverse line of high performance bikes, parts and apparel, we are the nations premier all Italian online store.